Development of the project and necessity of the collective

One day in 2005, the wish to spend time with friends and creatively express ideas came into being with a weekend, which was later to be called ComeTogether (festival).

As a keyword, it continuously shaped the groups ways of working and formed the conceptional basis for a cultural project and with it its internationally operating artist collective.

With the growing awareness of the responsibility for an idea, which in four years attracted increasing attention and formed a meeting place for artistic encounters, in 2009 it was decided to leave the festival structure and re-focus on the project itself.

Soon, there was a first series of publications, several exhibitions showed works by artists being part of the collective and installations were developed for the public space, interacting with the city’s dynamic and making people relate to the projects’ ideas.

As time went on, an extensive and cohesive network emerged, which continues to transgress local boundaries and to foster collaborative explorations between musicians and visual artists both within the project itself and beyond.

As the core of the project a nucleus of artists evolved, surrounding its two initiators. For the first time with an group exhibition in December 2011 the concept of the collective was addressed and has been a main concern of the project’s reflection ever since. Again it was felt that out of an idea and the realization of its implications a necessity developed.

Today, the ComeTogether project could probably best described as a space and open platform for the finding of individual as well collective (artistic) identities. It enables us to locate and position the private within the public and moreover to reflect upon the personal against the backdrop of society. We want to encourage and create an emotional exchange amongst us and with the public at large.

But the process of this exchange transcends the emotional level and on the basis of talks, trips and events as well as the collaboration with artists and collectives from other countries involves inter-cultural, social and intellectual aspects of living and working together.

In continuously exploring new topics and formats, we keep on searching for new forms of coming together and sharing experiences. 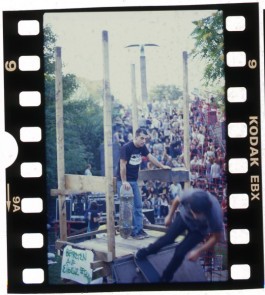 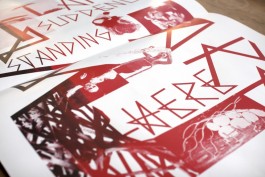