Heinz Norbert Jocks is a German author, art critic and curator, currently based in Düsseldorf and working in Paris. In addition to being a regular contributor and editor for the magazine Kunstforum International since 1979, Jocks has recorded thousands of interview hours between artists such as Georg Baselitz, Bill Viola, Mike Kelley, and Cindy Sherman, curators such as Massimilliano Gioni, Hans Ulrich Obrist and Harald Szeemann as well as philosophers such as Jean Baudrillard, Paul Virilio and François Jullien. Additionally, he has written extensively on contemporary art in China, including the works of Qiu Zhijie, Liu Xiaodong and Yu Hong. Further, he is author and editor of two Kunstforum issues about “Art in Beijing”. He has taught at the “Fachhochschule für Design und Photographie” (Düsseldorf), Muthesius Academy (Kiel), Heinrich-Heine University (Düsseldorf) and at the “Hochschule der Künste” (HdK) in Karlsruhe, along side giving a workshop for art writers and journalists during the ninth Shanghai Biennale. In 2011, Jocks along with Dominique Lucien Garaduel created The Collective Eye, which held their first symposium and collective exhibition in Montevideo, Uruguay. 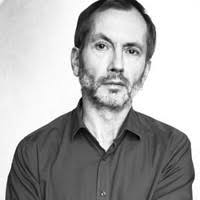