Jochen Schmith are Carola Wagenplast (born 1975 in Stuttgart), Peter Hoppe (born 1971 in Kapstadt) and Peter Steckroth (born 1973 in Stuttgart). The collective work together since 2000.

Jochen Schmith: We often had the idea to work in practice at different places, e.g. in hotel entrance halls. There we meet frequently, because these are neutral places, the seats are comfortable, one is able, but nothing must however be consumed, it is not so loud like in a café – one can work relatively well. For our work “local inspections” are important, to find possibly material. With exhibitions it is often in such a way, that we arrive first of all to have a look at the space and to argue about it. This must happen not only on a historical level, it can also be the sphere which offers clues and possibilities for a beginning.

HUO: I would be interested in how important it is in such situations to be several people – if one adopts such “a role”, more or less, is it helpful or maybe even rather more difficult?

J.S.: This is diverse, I believe it is something one cannot say exactly, because there is also no determined action. It is not in such a way that we arrange everything in advance and then proceed in the situation. It is rather a performative action which originates from the situation. We once needed, for example, a camera dolly and went together to a car dealer – and asked whether we could get a car for a test drive.

It was completely unclear who of us could be the potential buyer – this was also not asked – but it was clear that we can borrow the car immediately for two days. That’s why I cannot say at all whether it makes a difference if one appears alone or in a group … I believe alone one would possibly be more intense on the construction of a scene, commit more to the idea of “lending something”. Within the group, such a dynamic can be built up, in which a meeting with a shop assistant can become a „performative act“; within this procedure we already start to find kinds of material. Alone, one would be maybe more interested in an action script – like: how do I proceed, what do I say then and then – and maybe be also more fixed on control. In the group, in a threesome, one maybe rather makes the situation to be more a platform or a stage, a place where one starts to operate, in what manner ever. Everyone passes balls to each other, with which no one had maybe really anticipated.

I do not want to necessarily introduce the concept of the theatre, but it fits quite well, that we set limits to a scenery, create a sort of stage, in order to operate there together, without definition, without script. And one could do this probably also as a single person. But it is of course a difference, whether one has a reference. There is this moment of “improvisation”, something about improvisational potential. The fact that there are maybe forebodings or considerations to use certain gestures which change, however, then without arrangement in relation on each other.

HUO: How did you get around to work together at all or to say, now we are “Jochen Schmith”? [laughs out loud]

J.S.: At the beginning we were called differently, right?… No, we were called immediately Schmith. There was the idea for a figure – the name for the group existed already after the first work. It was not in such a way that we said: „Let’s found a group.“ We studied together and in the year 2000 we made a work for which actually another person was the initiator. We implemented this work and it was exhibited. And then we suddenly realized that we need a name for this context. Before that, we had no name, but it became necessary because the work became public. And because the point was to go on working together. That was simultaneously the decision to proceed in this constellation.

HUO: You have made this decision after you implemented this one work together? What kind of work was it?

J.S.: It was a video-installation, which based on something we called “real time portrait” at that time. The visitor could play a video game in a darkened space in front of a set up screen. One sat in pairs on a sofa and during the game the portraits of the players were transferred to the outside space, on two monitors. One has – before one exposed himself to this situation – seen, that the own portrait was transferred to the outside. At that time we won the Public’s Choice Award with that work. [laughs]

HUO: And then you said: now we further continue with Jochen Schmith? [laughs]

J.S.:. [yawns] well, we first of all had to sort ourselves: what has happened and what work have we made. There was a very strong exchange of ideas among the three of us and from that point the approach to the next work originated relatively fast. And probably not till then the moment came up where we asked ourselves: How should we actually call us? We had a certain aversion to a classical group name and rather wanted to use the name of a fictive person. In fact one which comes across as unspectacular as possible. To write deliberately no biography for this person to be able to use “Jochen Schmith” – as it happened a short time afterwards – as something which could be used in different contexts. Now it is totally manifested, now it is an artist’s collective. At the beginning there still were increasingly these inspections, and “Jochen Schmith” appeared in different contexts. We went, for example, in advertising agencies and introduced ourselves as a media group. It was the fun in that kind of inconstancy, we had different business cards where some kind of things where noted, or name signs. Some other time we were all together on a conference in Dresden – the „World Office Forum“ at the World Trade Centre. It was about workplace strategies. We were invited as representatives of the College for Fine Arts Hamburg and all our badges had “Jochen Schmith” or „J. Schmith“ written on them, which caused a bit of confusion during the lunch break. The representatives of the Deutsche Bank had, of course, all their real names on the badges and were addled a little bit: „Oh, you are also Schmith!“ That was one uncertain moment and to us it was unclear what would happen next. We sat for two days in this conference and were just listening. We had planned to take pictures, had lots of luggage, record devices, cameras, etc., but then we were relatively shocked by the contents, however, and unpacked nothing, we were just listening all the time.

HUO: How should I imagine your cooperation in general – do have your regular meetings or do you see each other anyway every day?

J.S.: We have a studio and there is still the hotel lobby as an important place. Our talks are carried out primarily at places where we can meet together and very quickly. Hence, I would say, the hotel lobby still comes before the studio. The studio is rather a place where material is applied or certain things are tried out before it becomes concrete. We are actually basically involved in the works together. Nobody delivers his or her own work and issues them under the label “Jochen Schmith”.

J.S.: We have different stamps. At the beginning we had one, for which we signed ourselves. Then we took part in an exhibition in Ireland and the organizers sent us a registration form where our name was noted handwritten – it was filled in by Paul M. O’Reilly, the head of the exhibition. We just adapted his writing and created a new stamp.

HUO: You are often mentioned as a follow-up of Institutional Critique – whereas you remain already in the institutions.

J.S.: I don’t know at all whether I would allocate us there. There is a relation to institution, but I believe that one cannot consider „the institution“ only as “one idea” – there are gradations between the institutions to which one must refer to, in each case differently. I think it’s important to look at this precisely and then to build up a relation. First of all the institution is a material, just as everything else also is, but not unambiguously automatically under a critical point of view. More something ductile. We generally try to refuse such classifications or determinations. For example, there are often attempts to address ourselves as representatives of “site specifity” – we also avoid this. We simply cannot confirm it. Our work moves on to different terrains. Where we are allocated often depends on who looks at our work or with whom we speak to and which background that person has, which aspects are interesting for him or her.

HUO thanks for the conversation and leaves the Burger King double quick in order to catch his train to Sylt.

Questions and answers based on the master work of Michaela Richter „collective artistic practice and the artist’s groups BüroBert, Jochen Schmith and etoy, in 2012“ 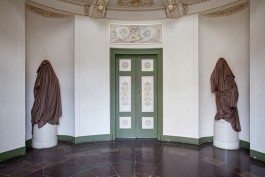 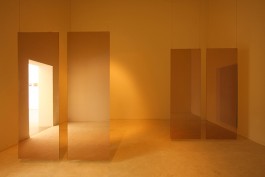 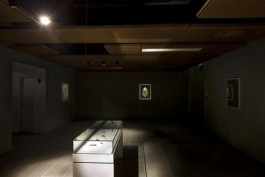 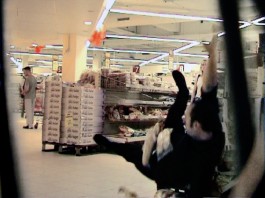 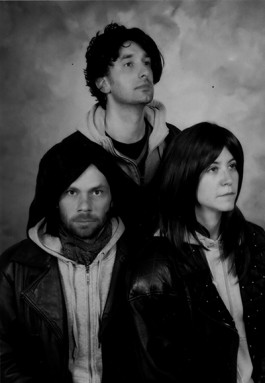 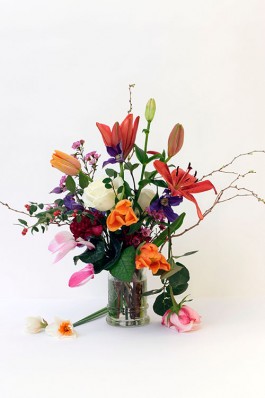