Wang Huangsheng received his master from the Nanjing Art Institute (Art History) in 1990 and his doctorate in 2006 respectively, and since 2009 has served as the Director of the Central Academy of Fine Art Museum, Committee of the Chinese Art Society, Vice Chairman of the Guangdong Artist Association, Member of the Expert Committee of the China National Art Gallery, and member of the Chinese Museum. Wang is also a specially appointed professor at the Guangzhou Academy of Fine Arts, Nanjing Art Institute.

Further, Wang’s paintings have been included in major exhibitions across China and have been collected by the China National Museum of Fine Arts, Guangdong Museum of Art, Guangdong Provincial Museum and other major Government institutions in China.

Academically, Wang has published several books including “Series of Research regarding Chinese Master Painters in Ming and Qing Dynasties”, “Serene Universe”, and “Art and Life”, amongst others. His dissertations and critical texts have been published in journals domestically and internationally, including Research on Art and Literature, Art Observation, Art Trend, Art Gallery Magazine and Jiangsu Art Monthly. Furthermore, he is also the chief-editor of Art Museum periodical. 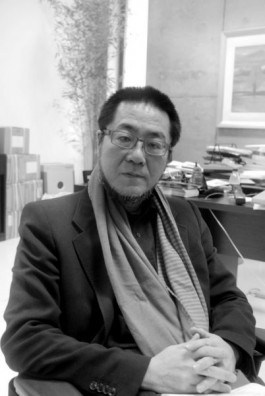